Why 1664 Blanc is more than just a beer, down to its famous blue bottle

More than just a beer, why 1664 Blanc is so successful – and what role its famous blue bottle plays

Carlsberg launched its 1664 Blanc beer as an international brand in 2016 – and ever since then, it has never stopped growing. There’s no doubt that one major factor in this success is the distinctive blue bottle supplied by the Switzerland-based Vetropack Group, one of Europe’s leading glass packaging manufacturers.

Carlsberg numbers among the world’s largest brewing groups. Founded in 1847 with its headquarters in Copenhagen, this Danish company has always set its sights beyond the borders of its home country. Its first foreign sales were made to Edinburgh (Scotland) in 1868, and the British Commonwealth was a major market for Carlsberg throughout the 20th century. When Carlsberg merged with its main Danish competitor Tuborg in 1970, it became even clearer that this success story would not only go on – but go big!

Today, Carlsberg has brands and breweries almost everywhere in the world. Its advertising currently features the popular Danish actor Mads Mikkelsen, and the company maintains a longstanding partnership with Liverpool FC, now one of Europe’s most successful football clubs. Carlsberg continues to be a global trailblazer with a workforce of over 40,000, production volume of 142 million hl (2021), and revenue in excess of DKK 60 billion (2021; equivalent to about EUR 8 billion). Popular international brands include Somersby, Tuborg, Grimbergen, 1664 Blanc and – of course – Carlsberg itself. The Group also owns many local brands such as Kronenbourg in France and Feldschlösschen in Switzerland as well as Holsten, Wernesgrüner and Lübzer in Germany. Carlsberg’s portfolio comprises a total of over 500 local beers, and the Group is present in many Asian and other overseas markets.

Global beer trends and the importance of glass packaging

1664 Blanc has experienced double-digit growth since its launch as an international brand in 2016, gaining footprint in Europe, Asia and North America; variants such as 1664 Rosé (brewed with a hint of raspberry) and an alcohol-free version are now available as well. Nikola Maravić has been Global Marketing Director for 1664 Blanc for the last three years, after joining Carlsberg ten years ago. He reports:

“A new, alcohol free variant of 1664 Blanc was launched in France earlier this year and will soon be rolled-out across key markets in Europe and Asia. But all the different variants are there to strengthen the core proposition of 1664 Blanc – which, by the way, is probably the only beer brand in the world to have a year of origin as its name.”

One of the key attributes that make 1664 Blanc stand out on the shelf is the blue bottle.

“With its special shape inspired by the Eiffel Tower and its unique blue colour, the bottle perfectly reflects the premium identity of 1664,” Maravić points out. “Blue is a colour that stands for trust, loyalty and stability – but also for depth, wisdom and sincerity. It’s one of 1664 Blanc’s main ingredients for a successful brand – ideally complementing the special brew, the French lifestyle of elegance and joie-de-vivre.”

The bottles are supplied by the Vetropack Group, a leading European glass packaging manufacturer that can look back on a long and successful business relationship with Carlsberg.

“Vetropack always stands ready to support us in driving innovations and customer-oriented initiatives,” Maravić notes. “They are very reliable and professional, and they also support us on 1664 Blanc’s sustainability journey – by continuously reducing the carbon footprint of our bottles.”

As a vital part of its business strategy, Carlsberg is driving a more sustainable business with its “Together Towards ZERO” programme with four clear goals: zero carbon footprint, zero water waste, zero irresponsible drinking, and zero accidents. For its part, Vetropack is naturally pursuing similar strategies – so both companies can work closely together and adopt a joint approach that will leverage potential to promote sustainability. Examples of this collaboration include interlinked business processes and supply chain management, light weighting as well as new materials and technologies.

Still plenty of market potential for 1664

1664 Blanc has already made its appearance in over 40 markets across the globe: the brand has naturally established a strong presence in Europe, but is also popular on other continents including Asia – where China is leading the way. This successful track record inspired Carlsberg to strengthen their core proposition with another super premium variant of 1664: an edition specifically designed for celebrations, festivities and other special occasions.

“Without revealing too much of what is likely to happen before the end of 2022, I can say that Vetropack is yet again playing an important part in 1664 Blanc’s product development,” Maravić explains. “They will supply us with an even larger blue bottle for this new addition to our 1664 brand house. It will enhance our brand equity by conveying notions of luxury and elegance that are normally associated with wine or even champagne – the new product will be a popular, inclusive international premium beer. We’re greatly looking forward to welcoming this new member to our successful 1664 Blanc family, and of course we’re very eager to see the launch take shape in the upcoming months.”

Verallia Italia and 32 Via dei Birrai adopt the Glass Hallmark

As we all strive for a more sustainable future, people all over Europe are taking more steps to reduce their environmental footprint and becoming more vocal in their expectations that businesses do more to help them make more sustainable choices. But how to combine the quality and uniqueness of a handcrafted local product with increasing needs for more sustainable options? One option is adopting the new glass hallmark on bottles and jars, as Venetian brewer 32 Via dei Birrai has.

Selective Line, Verallia's high-end international brand, unveils its 2023 Trend Book. It reveals an offer centered on joyful and calm well-being, for oneself and for the others. This Style Book is the result of a collaboration between Carlin Creative agency, the Marketing teams and the Design Centers of Verallia. 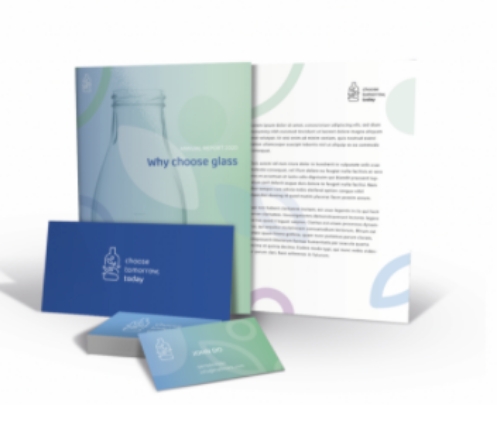 Let glass be a part of your brand's story. Download our communications toolkits, and let your brand's sustainability commitments shine on the shelves. Before proceeding to download, we just need a bit of information...

By checking the box below, you acknowledge that you have read and agree to the Privacy Policy: https://glasshallmark.com/privacy-policy/

Yes, I want to receive this content from FEVE - Glass Hallmark.